Despite the illegal blockade imposed by some of the neighbouring countries, Qatar has shined, showing its resilience, its resolve to retain its own identity and maintain its independence and sovereignty.

From interviews, to images and  debates on TV and the internet, almost every resident and citizen alike expressed their support for this beautiful land: #weareallQatar, praise for the outstanding leader #Tamimalmajd and chants of the National Day slogan – “Promise of Prosperity and Glory”

With all the excitement surrounding Qatar’s National Day, this year’s celebration certainly had a different take.

As I went through my photos and the reminders on facebook of photos taken in previous years, I thought of doing something different this year.  With a gallery of over 1000 pictures of the years preceding this one, I felt that it would only be right to give thanks to the amazing men in uniform marching in the National Day Parade.

With armed forces being the subject of fascination and admiration for civilizations, ever since the concept of conquests and victories began, whether it be acquisition of lands or defining boundaries, men in uniform continue to command respect and admiration.

So this year, I wish to pay tribute to the men in uniform who marched in the parade, the men who guard the borders of this beautiful country, the men that patrol the streets and ensure that men and women alike, remain safe.

To the men in uniform, Thank you! 2 simple words, perhaps you don’t hear it often, but do know that you are appreciated.

Without outstanding brave people such as yourselves, the world we live in today would be very different, for everyday that you wake up, your unwavering  commitment  to keep us safe, putting your life on the line to save others. It takes a special person to risk his life on a daily basis, for people you will most likely never meet.

Thank you for the sacrifices that you make, some known to us and others not, to make sure that we, as residents, are kept safe from danger. 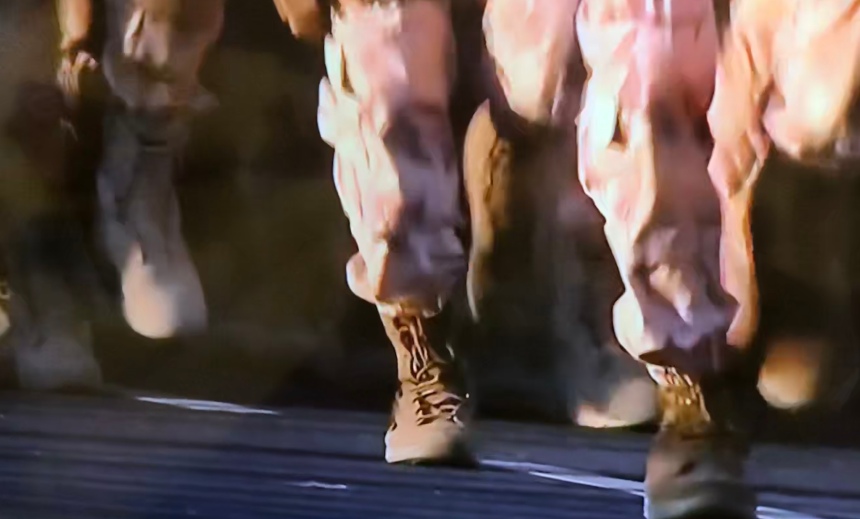 Thank you for being positive role models and heroes to the younger generation.

Thank you for being so selfless.

Thank you to the men who raise their right hand and swear an oath to protect Qatar.

Medals on the uniform tell a story of courage and sacrifice – each medal a unique story.

With this humble tribute, I hope that each and everyone reading this post will take a moment to say “Thank You!” the next time you meet these men in uniform.

Images taken off Qatar TV- coverage of the QND2017